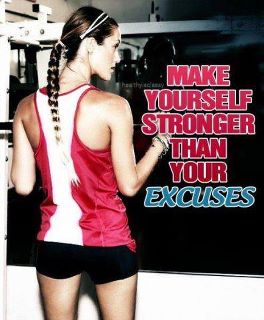 15 minutes of pilates and 1 and a half reps (15 instead of 20) of curtsy lunges with weights today.  My heart protested mightily and I might sleep for an hour later, but I'm getting there.

What did you do today?

I hope it wasn't this

There is no reason on the face of this earth to ever make people want to chuck up thier lunch by wearing this kind of pants especially when you're over weight.

You should be doing this

In order to earn the right to wear those ugly things!

Have a happy healthy Tuesday.
Posted by Melissa at 8:53 AM No comments:

I'm guessing I'm just in 'that' age brackett but several of my friends and family members have been diagnosed with breast cancer over the last year. I said something along those lines to my husband,who is known for being an insensitive lout.  His reply was something along the lines of telling me to get a mammogram because he would be most unhappy if I had to have one or both of the girls cut off.

What if I've had cancer for several years without knowing it?  What if there is a tiny little speck of cancer found to be malignant and they have to be taken to 'make sure'?  Would he still love me if I had to have them removed to save my life?  What kind of person tells his wife she'd better not lose 'the girls"?  Is my life that unimportant to him?  Is my only worth to him my breasts?  Really?

I didn't have breasts when we married.  In fact, I sprouted them when pregnant with my oldest son and they opnly got bigger with my second son and subsequent weight gain in the decade that followed.  What could have possibly been his attraction to me back then?  I didn't have 'fun bag assets' 22 years ago. I was just a 'librarian look' church mouse who dressed like a tomboy. I just happened to catch his eye because I was...was...what?  I think he told the marriage counselor that he fell in love with me because I was honest. But who knows why he asked me out? I don't think he knows even to this day.

Honesty has an important place in marriage,but was that all there was too me?  No sense of humor?  No other qualities like sparkling eyes?  Pretty hair?  Long shapely legs? Oh wait, I had long legs but shapely wasn't part of the description.  At 5ft7 and 90 lbs I didn't have curves anywhere except where my skeleton showed through =) Was  I not caring? gentle natured? Spirited? Opinionated?  All I get was I love her because she's honest? Oh and add boobs, I love her because she's honest then a few years later she grew boobs.

I made a two page list of all the reasons I fell in love with him and I'm not a touchy feely person.  I don't do emotions.  I very rarely wrote long letters declaring my undying love, hmmm, I'm pretty sure I never wrote one for him.  That could be bad lol!.  I've always been a take it or leave it kind of girl.  Except where he's concerned.  Obviously, he hasn't put that much thought into it himself.

I guess I'm just not sure what he meant by his comment.  If his life hung in the balance and the doctors said they had to remove a part of his body to ensure his survival then cut whatever it is off.  It doesn't make him any less of a person, my husband to me.

Maybe that's where the difference lies? I can accept someone for who they are, faults and all, no strings attached. He can't.

Isn't that a terrible way to live?

Posted by Melissa at 8:48 AM No comments:

As we age our bodies really really turn against us.  I'm 42, in peri-menopause, and in the middle of an estrogen dominant phase which is fuleing uterine fibroid growth which is what landed me inthe hospital onthe brink of death back in November.  My heart is protesting.  It can't pump fast enough to meet the demands of my poor oxygen starved body while it is put through the rigors of exercise.

So it would seem I was on the right path and had everythnig well in hand  when I decided to forge my own path.  How stupid can I be?

How do I fix this mess I put myself in?

Anti estrogen dieting that's how.  No more processed foods.  No more carbs.  NO MORE SOY no matter how much I love the Bolthouse Farms soy drinks.

Go back to leafy greens, 99% organic fruits and veggies, tofu based noodles, and get back out in the sun.  I've been avoiding the trail for a while because my heart simply can't handle running or even walking that distance.  I've had to go to just flexibility exercises with Pilates...again because my heart can't take it.  I'm damn tired of my heart not being able to take it. I couldn't even get up and down fromthe floor last night without my heart rate doubling.  That can't be good. And my doctor just shrugs saying it takes time.. Take it slowly.You're not young anymore.

I've learned my lesson.  I'm tired of being weak.  I'm tired of having to look at that pitying look in my husband's eyes, or it might be an "I told you so' look meaning I told you you couldn't keep up that regimen and now you're getting fat again hahahahha look, who knows?

This time last year I had plenty of energy. I wasn't bleeding to death, literally.  I could do the 5k walk in under 45 minutes. and I'm going to get there again.  Actually surpass it.

Well,I have 8 more 5ks on the calander.

School to get my health/wellness/nutrition certificatiions so I can open my own weight loss clinic.  Watch out Jillian Michaels, Melissa Murphy is going to show you how us older ladies do weightloss with style and class

Book is in the outline/rough draft mode.

Let's do something healthy today.

Posted by Melissa at 7:56 AM No comments: 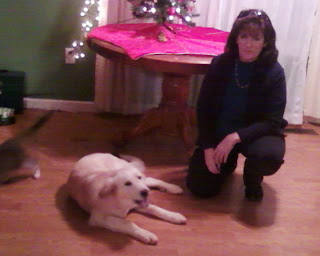 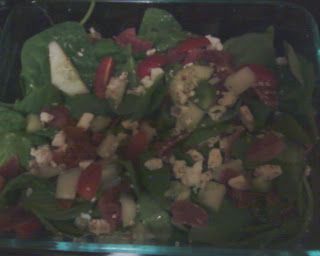 Posted by Melissa at 7:41 AM No comments:

A Grumpy Kind of Day

I'm having trouble sleeping again.  This getting old thing is for the birds.  I snapped at my husband today, hurt his feelings and that is bothering me. He was being  his usual self, scattered, asked me where his socks were and I said "Why am I dressing three grown men?" (I was hunting my 13 and 15 year old sons' clothing too.  Seriously, why am I in charge of knowing where everything is? I needed to get dressed too, but at least I KNOW where my stuff is, I don't depend on someone else to do it for me.---See grumpy me, grrrrr!)

On to other more pressing things.  I could care less that Paula Dean has type 2 diabetes.  That's her business in more ways than one.  No one held a gun to her head and force fed her.  No one held a gun to anyone's head out there who has type 2 diabetes to force feed them either.  Does she have some degree of responsibility for everyone who follows her cooking show or uses her recipes?  No.

It's called personal responsibility.  What I've seen so far, the medeia coverage and what not, is nothing more than nanny staters whining that she misled people which led them to get diabetes.  She made people fat to get rich (among some of the more extreme finger pointers out there)

There are many factors behind who develops diabetes. Lifestyle, exercise, stress, genetics all play a part in your overall health.  People need to get a life and worry about the elephant in their own living room first.  Stop trying to legislate what is and isn't healthy for everyone else.

Eating a butter laden pile of mashed potatoes isn't going to give you diabetes.  Eating a big gooey slice of  bourbon chocolate pecan pie isn't going to give you diabetes either.  Either will spike your blood sugar, but it won't last long and it won't kill you as long as you use some sort of sense of moderation from the beginning.  I'll give my boss credit where credit is due, enjoy a few bites of everything you like.  You don't have to eat it all.  The 'mom said clean your plate' club is out of style.

By the way, eating at McDonalds every so often wont' make you fat either. I had gravy, biscuits, and a small half sweet/unsweet tea at McDonalds today because I wanted it.  I've been craving it for weeks so I gave in and enjoyed dipping the biscuit in the gravy( I never ever pour the gravy over a crumbled up biscuit or I'll eat every last bite of it whichis badbadbad)   I'll eat better the rest of the day, but I probably won't get any fatter or become diabetic over it.

Sorry to disappoint anyone who might have hoped otherwise. Actually, I'm not sorry at all.

Posted by Melissa at 6:50 AM No comments:

I really shouldn't be messing with templates when I don't know what I'm doing or have the time to learn either.

Thought for the day: Quitting is not an option when it comes to health.  The only other option is dying and that's kind of permanent and pointless if it can be avoided.

Hats off to Becca Freeman, my heroine, for fighting back against killer, mind splitting migraines, I'm not sure I could be that strong a person. 31 shots to try to control it?  OUCH! I used to curl up in a tiny ball in the corner of a dark room and cry because even the dark hurt.  My clothes on my skin hurt. The wall of the room I was huddled against hurt. Probably the paint on the wall hurt too. The floor I was huddled on hurt. The touch of my husband trying to soothe me hurt.  Sound hurt.  Breathing hurt. Tears hurt. Even my own heartbeat hurt.  I know what that kind of hurt is.  My migraines went away after I had my first child. I hope you will be that  lucky.  Girl I love you!

Hats off to family and friends who are battling different types of cancer. Condolences to my friends who have lost their loved ones in the past few weeks to cancer.

Hats off to my family and friends who are battling diabetes, autoimmune diseases, and genetic diseases.

I admire you all and wish you nothing but the best.

My Favorite Week End Get Away

Curl up with a good read